Fenafluke 5% Oral Drench permits a three way activity against Fluke, Lungworms and Stomach Worms in Cattle and Sheep. It is a broad spectrum anthelmintic for the treatment of benzimidazole susceptible mature and immature stages of nematodes and cestodes of the gastrointestinal and respiratory tracts of cattle and sheep.

Rafoxanide is active against immature and mature Fasciola hepatica (mature and immature over 8 weeks of age).

The product has a good therapeutic effect against type II Ostertagiasis.

As a single oral dose, Assess bodyweight carefully prior to administration. 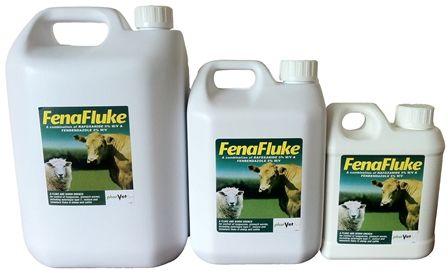